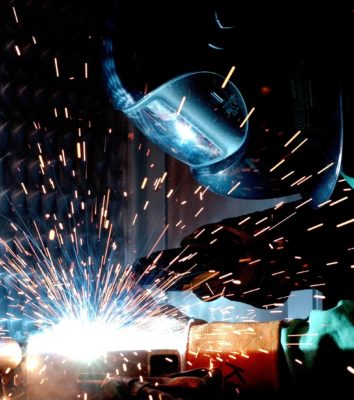 Welders occupy an important position in the oilfields – without them, rigs cannot be constructed, pipelines cannot be laid, and other critical drilling equipment and infrastructure cannot be built or maintained.  So it is unfortunate that many oilfield welders do not receive overtime pay.  The issue of whether welders should receive overtime wages can at times be confusing, and this post is written to help clarify when overtime may be owed to oilfield welders.  The key question is whether the oilfield worker, specifically a welder, is a bona fide independent contractor.   The federal statute that governs overtime pay, the Fair Labor Standards Act, or FLSA, only protects employees, and thus if a welder is truly an independent contractor, a company can rightfully deny the worker overtime pay, but if not, the worker (assuming he or she does not otherwise meet any of the narrowly-construed exemptions to overtime pay under the FLSA) would be entitled to overtime pay.

Merely being classified or labeled as an independent contractor does not mean that a worker is one – there is a test used by courts to determine whether a worker is truly an independent contractor or is instead an employee.  In deciding whether an individual is an “employee” within the meaning of the FLSA, courts look at the economic reality of the relationship between the worker and the company. The “usual path of an employee” is one hallmarked by the economic necessity of “finding employment in the business of others.” The focal inquiry is thus whether the individual is or is not, as a matter of economic fact, in business for himself. Five criteria have emerged to guide the determination of whether the individual whose status is in doubt is in “economic reality” an independent businessman:

For example, in Robicheaux v. Radcliff Material, Inc., 697 F.2d 662 (5th Cir.1983), a district court in Louisiana found the plaintiff welders to be employees within the meaning of the Act and thus entitled to overtime compensation for work performed for the Defendants in excess of forty hours in any week. The welders were expected by the Defendants to arrive at work each morning at 7:00 a.m. and work at least until 5:00 p.m. They were given daily work assignments by the Defendant personnel, were told what to work on, where, and how long an assignment should take. They were supervised by the Defendant  personnel periodically during the course of the day. Of the work done, the district court found that only 50% was welding work, with the remainder being clean-up work and other semi-skilled mechanical work. One plaintiff testified that, of the welding work, only 30% was performed with the welders’ own machines, the remainder being performed with the Defendant’s equipment. The welders were on 24-hour call, and generally worked 50 to 80 hours per week. Except for insignificant occasions, all work during the ten month to three year period was done for the Defendant. One welder testified, for example, that if he did not appear at the prescribed time in the morning, he knew he would lose his job. The court found that, on the basis of the factual findings of the district court, that these welders were correctly determined to be employees within the meaning of the Act. Looking at the “economic realities” of the relationship in light of the factors listed above, it is apparent that the welders were economically dependent on the Defendant.

Are you an oilfield worker or a welder who has experienced a similar situation like the one above? If so, you may have a claim for unpaid overtime. If you or a family member or friend has been classified as an independent contractor in the past three years and denied overtime pay, consider speaking with an experienced overtime attorney. Josh Borsellino is an overtime attorney licensed in Texas that represents workers who have been misclassified as independent contractors. Josh fights for the rights of workers that have been denied overtime pay. Josh accepts overtime cases on a contingency basis, meaning that he only gets paid if money is recovered from the company being sued. Josh provides free consultations for anyone with questions about overtime pay. He may be reached at 817.908.9861 or 432.242.7118.