A federal court in Ohio recently issued a ruling on an unusual payment arrangement involving an overtime lawsuit against an oilfield company.  The plaintiff, on behalf of himself and all others similarly situated, sued the defendant for violations of the Fair Labor Standards Act (“FLSA”) alleging that the defendant failed to pay its non-management oilfield operations employees overtime wages. Casarez v. Producers Service Corp., (S.D. Ohio, November 14, 2019). Under the FLSA, employers are required to pay their non-exempt employees time and a half their regular rate of pay for all hours worked over 40 in a given workweek. 29 U.S.C. § 207(a)(1). The defendant is a supplier of fracturing & acidizing services in the oil and gas industry. Casarez v. Producers Service Corp., (S.D. Ohio, November 14, 2019). The plaintiff was employed as an oilfield equipment operator, a non-management oilfield operations position. These operators provide manual labor needed for pumping and tracking oil wells on site including loading, assembling, operating and disassembling the equipment involved. Id. The plaintiffs were all paid a base pay, stage page, and quarterly bonuses, but the defendant only used base pay to calculate its employees’ overtime pay based on the FLSA exception known as a Belo contract. Id. A Belo contract allows employers to pay a constant wage that includes straight time and predetermined overtime pay, regardless of the number of hours worked that week. See Walling v. A.H. Belo, Corp., 316 U.S. 624 (1942) (recognizing the need for an exception to the FLSA’s overtime requirements to provide employees whose work hours fluctuate with the security of a regular weekly income). 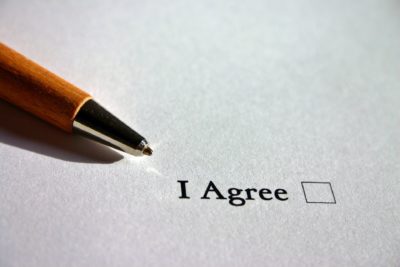 Neither stage pay nor quarterly bonuses were included in the overtime calculations, but the defendants stated that they paid overtime for hours worked over sixty, not forty. Thus, the plaintiffs moved for partial summary judgment with respect to the defendants failing to pay overtime as required by the FLSA.

The Belo contract exception provides that an employer does not violate the overtime requirements if:

Belo contracts give employees whose work hours fluctuate a fixed wage, which gives them “the security of a regular weekly income” so they can have a stable budget. A.H. Belo, 316 U.S. at 35. The plaintiff alleged that the defendant failed to satisfy all four required elements above to establish a valid Belo contract, and thus is entitled to summary judgment. The plaintiffs alleged that the defendant’s non-management oilfield operations employees work irregular hours that range above and below forty hours per week. Casarez v. Producers Service Corp., (S.D. Ohio, November 14, 2019). While the schedules are irregular, the duties of the employees do not necessitate this irregularity. Id. Instead, the plaintiffs further alleged that it was the defendant’s scheduled periods of reduced work for its employees, which did not satisfy one Belo requirement because the irregularity is not inherent in the nature of their work. Id.

In contrast, the defendant argued the irregular hours were caused by the nature of the work, not any decision made by the defendant. Id. The defendant’s work for its customers requires fracking operations to run 24-hours a day and its employees work 12-hour shifts. The defendants allowed its employees to chose to work either fourteen days on and seven days off, or seven days on and then four days off, followed by seven days on and then three days off. However, the total labor required was the same regardless of what schedule the plaintiffs chose, with the plaintiffs alleging they regularly worked more than 40 hours per week.

The court found that the defendant failed to meet its burden to show that the cause of the employee’s irregular hours was inherent in the nature of the work and beyond the defendant’s control. Id. The plaintiffs provided evidence showing that the employees’ timesheets show low hours during weeks the employees had scheduled time off. Id. These examples showed that generally when employees had low hours it was due to their scheduled time off. This is something within the employer’s control because it chose to create two schedule options, both of which gave the plaintiffs high hours some weeks and low hours other weeks. Id.

Thus, because the defendant failed to satisfy an element of the Belo contract exception, it could  not meet its burden to establish a valid Belo contract existed. Without a valid Belo contract, the defendant failed to pay its employees according to the FLSA. The defendant’s employees were not paid one and one-half times their regular rate for all hours they worked over forty. Instead, they were paid a base pay amount each week without consideration of how many hours they worked over forty and then some additional amount based only on the base pay, irrespective of bonuses, for hours over sixty. Id. Thus, the plaintiffs motion for partial summary judgment was granted.

Both employer and employee must agree on the maximum number of hours that an employee  can work per week and the salary to be paid without additional compensation. The salary and number of hours per week are then used to calculate the regular rate of pay, which is to be paid at the time and a half rate. Employers seek to have a Belo contract because it allows them to control and predict their labor costs while at the same time it offers the employees security knowing they will receive a steady weekly income. However, to in order to have a valid Belo contract exception, the above criteria must be met.

If you are an oilfield worker and you believe you have been denied overtime pay as required under the FLSA, consider speaking with an experienced overtime attorney today. Josh Borsellino is a Texas attorney that understands the rules and regulations concerning the FLSA and its overtime requirements. He offers free consultations and can be reached at 817.908.9861 or 432.242.7118.