Compliance under the fair labor standards act for overtime violations 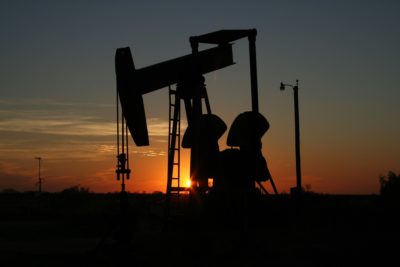 Compliance with the Fair Labor Standards Act (“FLSA”) often seems to be an afterthought for oil and gas companies – West Texas is truly the wild west when it comes to overtime violations because many of them are so blatant. Under the FLSA, unless a worker is exempt from overtime pay, employees covered by the Act must receive overtime pay for hours worked over 40 in a workweek at a rate not less than time and one-half their regular rates of pay. Employers who fail to adequately compensate their employees for the overworked hours are in strict violation of the FLSA. The employee who prevails in a lawsuit for his or her overtime compensation is also rightfully entitled to reasonable attorney’s fees and litigation costs. As one can reasonably deduce, the amount of litigation costs, attorneys fees, and unpaid overtime amounts for employers failing to comply with the FLSA is no cheap ticket. A federal case in Pennsylvania is shedding some light on just how expensive an FLSA non-compliance case can really be.

In Sammy Mozingo v. Oil States Energy Services LLC, Civil Action No. 15-529 (W.D. Penn, 2018), oilfield workers in Texas filed a class action alleging their former employer Oil States Energy Services, LLC misclassified them as exempt from overtime laws. In Spring 2015, twenty-nine frac hands, grease operators, and crane operators opting out of the Texas class action sued Oil States in this District for overtime wages under the Fair Labor Standards Act and Pennsylvania Minimum Wage Act. Id. They claimed Oil States misclassified them as exempt from overtime payments and failed to pay them overtime wages. Id. Sixteen employees settled their claims with Oil States, but there still remained thirteen employees who continued to pursue their claims. The court decided to split the remaining Plaintiffs up into three groups, each comprising of a different trial date.

Group one consisted of four crane operators where the jury found Oil States liable for failing to pay the four crane operators overtime and found its failure to do so was willful under the act. Group two consisted of four grease operators where the jury found Oil States to be liable for failing to pay the grease operators overtime. Group one and two moved for liquidated damages arguing that Oil States failed to show its good faith and reasonable efforts to determine whether they should have paid overtime to their employees. The court accepted the plaintiffs’ arguments and awarded liquidated damages to both groups. After two week-long trials for groups one and two, the juries returned verdicts in favor of each of the eight employees. The juries awarded damages to the employees ranging from $54,292 to $178,388 – the total amounted to $1,003,154. Considering the substantial amounts that were due to groups one and two, Oil States agreed to settle their claims with the remaining group three workers and avoid the trial process altogether.

All groups then moved for reasonable attorneys fees and costs. The Court awarded the plaintiffs’ lawyers their reasonable attorney’s fees of $2,263,904 and reasonable costs of litigation of $118,826. Combined, Oil States paid damages, fees, and costs totaling $3,385,884 for just these eight employees. Of course, this amount does not include the amount Oil States had to pay its own attorneys, nor does it account for the costs and distraction associated with years-long litigation culminating in two weeks of trial.

This case is indicative of the substantial amounts that may be recoverable by oilfield workers on claims for unpaid overtime. If you believe you have a claim for unpaid overtime, consider speaking with an experienced overtime attorney. Josh Borsellino is an overtime attorney licensed in Texas that represents workers who have been paid unfairly. Josh fights for the rights of workers that have been denied overtime pay. Josh accepts overtime cases on a contingency basis, meaning that he only gets paid if money is recovered from the company being sued. Josh provides free consultations for anyone with questions about overtime pay. He may be reached at 817.908.9861 or 432.242.7118.