Deep Well has been sued by its current and former workers who were welders and/or welders’ helpers, alleging violations of federal overtime laws. Under the Fair Labor Standards Act, employers are required to pay its employees one and a half times the employees regular rate of pay for all hours worked above forty. 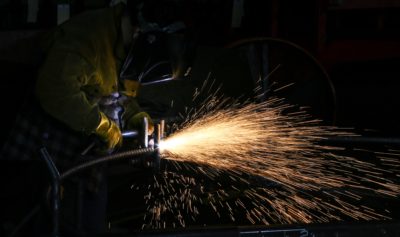 The plaintiffs in the lawsuit originally worked for a company named Camino Agave, which later changed its corporate name and structure to Embark. Embark was then purchased by Deep Well in 2016. Deep Well has field offices in Alabama, Louisiana, Mississippi, Oklahoma, Pennsylvania, Texas, and West Virginia. Deep Well provides a wide range of oilfield related services including rig moving, oilfield production and construction services, pipeline or long hauling services, and other drilling services. Plaintiffs are or were employees of Deep Well who were hired as independent contractors, despite the fact that they worked exclusively for Defendants.

The issue in the lawsuit stemmed from Defendants’ misclassification of the workers as independent contractors. According to the lawsuit, Plaintiffs typically worked at least 10-12 hours a day, often seven days a week, but were only compensated a flat hourly rate. The  suit alleges that the schedules and wage policies for Plaintiffs were set by Defendants, with Plaintiffs having no ability to accept or reject a project. Plaintiffs were told what job site to go to, when to report to the job site, and how long an assignment should take. Plaintiffs were told to report to the job site at 7:00 am and had to work to at least 5:00 pm. There was no opportunity for Plaintiffs to expand their own businesses because they were working full-time for Defendants. Plaintiffs were also told to sign an “Independent Contractor Agreement” with a non-solicitation agreement. Such agreement, which Plaintiffs refused to sign, shows the degree of control Defendants had over Plaintiffs.

The lawsuit seeks to have the case proceed as a collective action, whereby any employee who has or is working for Defendants in the past three years can join the lawsuit. You may have a claim for unpaid overtime if you are or have worked for Deep Well, Embark or Camino Agave as a welder or welder’s helper in the past three years, were classified as an independent contractor and were paid on an hourly basis.