Earlier this week, the Department of Labor (“DOL”) announced a proposed rule regarding what workers are eligible for overtime pay. The current rule allows those who earn a weekly salary below $455 per week to be paid overtime for any hours that they work over forty. Those workers who make under this amount may be eligible for overtime pay, but eligibility is also based on the circumstances surrounding their job duties. 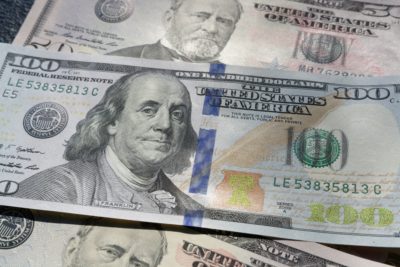 Under this new rule, the proposed salary level for the “white collar” exemption under the Fair Labor Standards Act (“FLSA”) would increase to $679 per week, thereby changing the annual current salary of $23,660 per year to $35,308 per year. The particular job duties of the worker would be determinative in assessing one’s overtime pay. This new rule would take effect January 1, 2020.

The DOL received public input from six in-person listening sessions along with 200,000 comments that were received from the 2017 Request for Information sessions. Those commenters who participated in the information sessions all agreed that the current salary levels should be updated. The DOL is considering the following proposals:

In determining whether someone is eligible for overtime pay or not, there are a few preliminary matters that have to be addressed, first being whether someone falls under an exemption. Under the federal statute governing overtime pay, the FLSA says that non-exempt employees who work longer than forty hours per week are entitled to receive compensation for all those hours at a rate of time and a half their regular rate of pay. Section 13(a)(1) of the FLSA provides exemptions for overtime pay, which include executive, administrative, or professional exemptions.

To qualify under an exemption under the current rule, an employee has to earn at least $455 per week. One common exemption is the executive exemption that says an employee’s specific job duties include managing a department of the company where the employee regularly directs the work of at least two or more full-time employees. Under the exemption, the employee must also have the power to hire and fire workers or their recommendations regarding workers must be given significant weight.    The administrative and professional exemptions also have their own job duty tests.  For more information regarding these exemptions, read our article here.  The DOL made clear that there would be no changes to the job duties test of each exemption, as those duties determine whether an individual is eligible for overtime pay or not.

This new development under the DOL requires salaried employees who currently are earning less than the proposed amount of $35,308 to monitor this process as their pay structure could be  changed. If you have questions about this proposed change, speak with an experienced FLSA  and overtime attorney. Josh Borsellino is an experienced overtime attorney who understands the FLSA rules, regulations, and exemptions and is standing by to evaluate your potential overtime claim. Call him today at 817.908.9861 or 432.242.7118. Continue to check back here for new updates regarding this rule.