A Fifth Circuit Court of Appeals has affirmed a federal judge’s decision absolving Welltec Inc. from oil field workers’ wage and hour claims, saying federal overtime pay requirements don’t apply because the workers regularly drove across state lines. Korey Rychorcewicz v. Welltec, Inc., No. 18-20603 (5th Cir. April 18, 2019). The plaintiffs sued Welltec alleging that it violated the Fair Labor Standards Act (“FLSA”) by misclassifying him and others similarity situated as exempt employees. Welltec moved for summary judgment and contended that the plaintiffs were properly exempt from the FLSA’s overtime requirements because they satisfied the Motor Carrier Act’s (“MCA”) exemption.  The district court held that the plaintiff, and those similarity situated, are exempt from the FLSA overtime requirements based on the MCA exemption because the plaintiffs engaged in activities directly affecting the operational safety of motor vehicles in the transportation of property in interstate commerce. The Fifth Circuit Court of Appeals affirmed this decision. 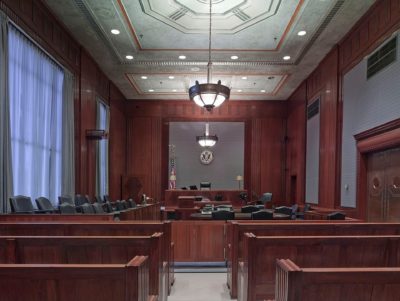 Welltec is an “international oil and gas company that provides well technologies and solutions to optimize its clients’ oil and gas production and increase reservoir drainage.” Id. The plaintiff worked for the Defendant as a field engineer. His duties included “rigging up and rigging down, operating machinery, and providing troubleshooting services.” Id. He worked out of assigned Welltec offices and drove company vehicles from the offices to customers’ well sites. According to the company work reports, the plaintiffs regularly drove across state lines to perform their duties. Id.

The Fifth Circuit held that the burden was on the plaintiffs to establish that the weight of Welltec’s vehicles disqualifies them for MCA’s exemption. They have to show that they performed their duties on vehicles weighing less than 10,001 pounds. On appeal, the plaintiffs contended that:

The Court considered these two arguments. First, under the FLSA, employers are required to pay their non-exempt employees, who work over forty hours in a week, at a rate of one and a half times that employees regular rate of pay for all the overtime hours worked. Section 13(b)(1) of the FLSA exempts from the overtime requirement employees who are “within the Secretary of Transportation to establish qualifications and maximum hours of service pursuant to section 204 of the MCA. This overtime exemption applies to employees who are:

The lower court determined that the plaintiffs met both requirements, finding that Welltec is subject to the DOT’s jurisdiction because it is a registered motor carrier. Welltec, Inc., No. 18-20603. The lower court further said that the plaintiffs did engage in activities directly affecting the safety of operation of motor vehicles in interstate commerce because they were likely to be called upon in the ordinary course of their work to perform safety-affecting activities and regularly drove in interstate commerce. Id. The plaintiffs challenged this ruling on appeal and argued that those field engineers who worked in Welltec’s Alaska location and offshore were not called to drive across state lines. Id. The judge explained that the MCA’s applicability is not based on an employee-by-employee basis, but rather on a company wide basis. See Amaya v. NOYPI Movers, LLC, 741 F.App’x 203, 206 (5th Cir. 2018). Considering this, the lower court held:

The Fifth Circuit concluded that this was sufficient evidence for the lower court to conclude that field engineers reasonably could have expected to drive across state lines. Id. The Court of Appeals agreed with this reasoning that the plaintiffs are exempt from the FLSA’s overtime requirements under the MCA.

Second, the FLSA exempts employees whose duties affect the safety of operation of motor vehicles weighing 10,000 pounds or less in transportation on public highways in interstate or foreign commerce. The plaintiffs have the burden of showing that the vehicles weighed less than 10,001 pounds, and the relevant measurement of weight is the vehicle’s gross vehicle weight rating (“GVWR”), rather than its weight when empty. The plaintiffs would fall under the Act’s exemption if their work affected the safety of vehicles with a GVWR under 10,001 pounds.

The Fifth Circuit concluded that plaintiffs are exempt from the FLSA’s overtime requirements based on the MCA exemption. The importance of this decision is to highlight how courts  analyze facts related to the MCA exemption on a case-by-case basis.  It also illustrates the importance in cases involving the MCA Exemption of conducting thorough discovery on what vehicles workers drove when performing their job duties – courts in the Fifth Circuit will be looking for specific evidence such as the year, make, model and VIN’s of the vehicles driven by workers to determine whether they fall within the TCA’s exception to the MCA exemption.  These issues can only be determined by an experienced overtime lawyer.  An oilfield worker who has been denied overtime pay? If so, consider speaking with an experienced overtime attorney today to learn your rights. Josh Borsellino is an experienced unpaid overtime attorney that offers free consultations. He can be reached at 817.908.9861 or 432.242.7118. Call him today!