FLSA exemption salary requirement and its applicability to overtime pay 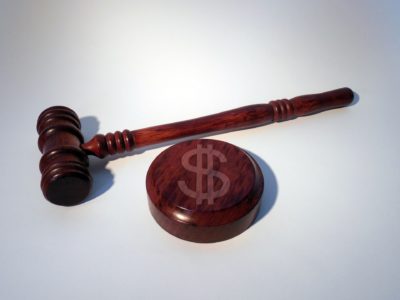 One of the most common – and costly – mistakes an employer can make is to misclassify its employees as exempt from overtime pay and wrongfully deny them overtime pay.  The federal law that governs overtime is the Fair Labor Standards Act (“FLSA”). Employers are required to pay overtime to their non-exempt employees who work over forty hours per week. Under the FLSA, there are white-collar exemptions that remove the employee from the FLSA protections, but the exemptions are narrowly construed against the employer, and they are very fact-specific and are analyzed on a case-by-case basis. These exemptions have two major components – duties requirements (in other words, each exemption has certain job duties that must be satisfied – for an explanation of the job duties requirements for each white collar exemption, click here), as well as a salary requirement.  Under the exemptions, employees need to be paid on a salary basis that equates to not less than $455 per week.  “Salary basis” means that the employee “regularly receives each pay period on a weekly, or less frequent basis, a predetermined amount constituting all or part of the employee’s compensation, which amount is not subject to reduction because of variations in the quality or quantity of the work performed.” 29 C.F.R. § 541.602(a).  One case in the Southern District of Texas sheds light the salary requirement issue, and shows that it is not always as straight-forward as it may seem.

In Kim v. Umami Grill & Sushi, LLC, 2019 U.S. Dist. LEXIS 31054 (S.D. Tex. 2019), the Plaintiff alleged that he was not paid overtime, asserting that he was paid a salary. Id.  The Plaintiff said that he regularly worked over 60 hours a week. Id.  The Defendant filed a motion for partial summary judgment arguing that the Plaintiff was exempt from the FLSA overtime requirements under both the executive and professional exemption. Id. Defendant further asserted that Plaintiff was a manger who managed the restaurant and its employees. Id. For the executive exemption to apply, courts look to see whether the employee’s primary duty involves managing a department within his or her work, while the professional exemption involves a the employee possessing a certain skill set.

The Defendant said that the Plaintiff was a manager who ran the restaurant and supervised the employees. Id.  In response, the Plaintiff argued that there were material factual issues that prevented summary judgment. Id.  First, the Plaintiff contended that he was not paid on a salary basis because his salary fluctuated. Id. Second, Plaintiff assured that no documents produced by the Defendant proved that he fell under the executive or professional exemption. Id.

The Court stated that “under the FLSA, covered employers must compensate nonexempt employees at overtime rates for time worked in excess of statutorily defined maximum hours.” 29 U.S.C. § 207(a). The Court said both the executive and professional exemptions apply to employees compensated on a “salary basis,” which requires a minimum rate of pay per week that is met by the Plaintiff’s contractual pay rate. See Nevada v. U.S. Dep’t of Labor, 218 F.Supp.3d 520, 534 (E.D.Tex. 2018).

The Court examined the Plaintiff’s paystubs as evidence of his regular pay. Under the FLSA, deductions may be made for absences for one or more full days but not for partial days. 29 C.F.R. § 541.602(b)(1).  Some of the regular pay amounts the Plaintiff received did not add up to a full day absence.  In this action for unpaid overtime, the district court denied the employer’s motion for summary judgment and found the plaintiff was not exempt as a matter of law because the employee’s pay stubs supported the possibility that the employer had subjected the employee’s pay to deductions for part-day absences.

Understanding how being paid a salary can affect one’s ability to recover overtime pay is an important issue.  If you have questions regarding whether you are entitled to overtime, consider speaking with an attorney today. Josh Borsellino is an experienced overtime attorney who will fight for your rights. He works on a contingency basis meaning that you own him nothing unless you get paid at the resolution of the case. He can be reached at 817.908.9861 and 432.242.7118.