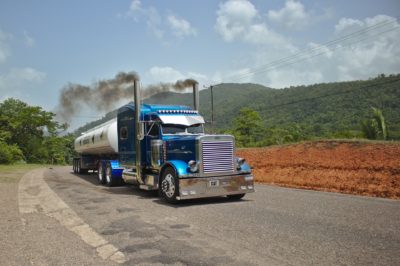 A former crude oil truck driver has filed a lawsuit in federal court in Midland, Texas for violations of unpaid overtime. According to the lawsuit, Defendants Press Energy Services, LLC, by and through KJP Transportation, LLC and its owner, Paul M. Palyu, hired Plaintiff as a crude oil tanker driver.

In the lawsuit, Plaintiff alleges that he was classified as an independent contractor and denied overtime pay even though virtually every aspect of his job was controlled by Defendants. Plaintiff alleges that he worked well over 100 hours a week but was never compensated properly for all his hours. Plaintiff was paid a flat hourly rate, not given the opportunity to accept or reject assignments, and not given the ability to share in the profits and losses of the business. According to the suit, Plaintiff was told where to go, what tasks to do, and when to do them, and Plaintiff was also not allowed to expand his own business because of the demands of Defendants.

The Court has not yet entered any ruling in favor of, or against, any of the Defendants. The lawsuit seeks to have the case proceed as a collective action, on behalf of other similarly situated workers. You may have a claim for unpaid overtime if you are or have worked for Press Energy, KJP Transportation, and/or Paul Palyu in the past three years and were: