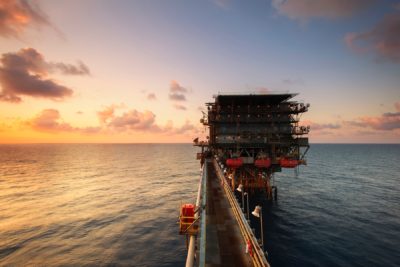 Under the Fair Labor Standards Act (“FLSA”), employers are required to provide overtime pay to any employee who works more than forty hours per work week. However, the FLSA exempts “seamen” who work on vessels from its overtime requirements.

Who is a “seaman” under the FLSA?

A seaman oilfield worker in Halle v. Galliano Marine Serv., L.L.C., Case No. 16-30558 (5th Cir. Apr. 19, 2017) filed a FLSA action against his employer for unpaid overtime violations. The Plaintiff was a remotely operated vehicle (ROV) technician and supervisor for the Defendant, primarily navigating and controlling ROVs aboard a support vessel. Id. Plaintiff contended that his duties were exclusively to ROVs and took no part in the upkeep of the support vessels, and never performed maintenance work like sanding, painting, or chipping the support vessel. Id. Plaintiff further contended that he never steered the support vessel and had no involvement in determining the support vessel’s path to the intended target, steering, anchoring, or making navigational decisions. Id. The Defendant moved for summary judgment at the district court level claiming that the Plaintiff was exempt from the FLSA’s overtime provisions because he qualified as a “seaman.” Id.

The district court agreed with the Defendant and said that the ROV technician did qualify as a FLSA seaman because “the ROV technician’s presence on the water was critical to the primary purpose of his employment, which was tied to navigational decisions. The ROV technician’s work was directly tied to the support vessel aboard in which he ate, slept lived, and worked.” Halle v. Galliano Marine Serv., LLC, 2016 WL 1558829, at *4 (E.D. La. Apr. 18, 2016) (district court opinion).

However, on appeal in the Fifth Circuit, the court evaluated the “seaman” definition above and reversed the holding. The court stated that because the Plaintiff was not subject to the direction of the support vessel’s master or report to the support vessel’s captain, he was not a “seaman.” Halle, Case No. 16-30558. Additionally, the court focused on the duties of the Plaintiff stating that the Plaintiff lived on the ROV Support vessel and operated the attached ROVs in the water to complete its industrial tasks. Id. He did not control the path to the intended target, steer, anchor or make any navigational decisions. Id. His operation of the ROVs had no direct relation to the navigation of the vessel, which made the ROV technician a non-seaman and FLSA eligible, entitling him to overtime pay. Id.

This case illustrates that there is significant confusion among employers as to how to classify some ROV positions and those whose jobs are offshore or involve navigational waterways.  Are you or were you in the past three years an ROV technician or someone who has worked offshore or on the water without being paid overtime?  If so, you may have a claim for unpaid overtime. Consider speaking with an experienced overtime attorney to understand your legal rights. Josh Borsellino is a licensed Texas attorney who fights for the rights of workers. He can be reached for a free consultation at 817.908.9861 or 432.242.7118.