Creek Pipe Company, LLC has been sued for violations of the FLSA and NMMWA 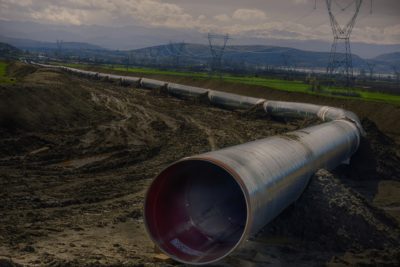 Creek Pipe Company, LLC and its president and owner have been sued in the Western District of Texas for violations of the Fair Labor Standards Act (“FLSA”) and the New Mexico Minimum Wage Act (“NMMWA”) for failing to pay Plaintiff overtime for all hours worked over forty. Here, Plaintiff alleged that he was paid a salary for the first year and four months he was employed by Defendants, but was then switched to hourly pay. Plaintiff alleges that after complaining to his supervisor about not being paid overtime, he was then terminated, in retaliation for his complaints about overtime pay. Creek Pipe is a pipeline construction company in the oil and gas industry that installs and services pipelines in Texas and New Mexico.

In addition to a claim for unpaid overtime, Plaintiff also alleges a retaliation claim against Defendants in violation of the FLSA and the NMMWA. It is a violation of the NMMWA for an employer or any other person to discharge, demote, deny promotion to or in any other way discriminate against a person in the terms or conditions of employment in retaliation for the person asserting a claim or right pursuant to the NMMWA or assisting another person to do so or for informing another person about employment rights or other rights provided by law. Plaintiff alleges that Defendants violated NMMWA 50-4-26.1 by discharging, retaliating, or in any other way discriminating against Plaintiff in his place of employment for asserting a claim or right pursuant to the NMMWA.

Not being paid overtime is a common problem in the oil and gas industry. Are you an oilfield worker who has experienced similar treatment at your current or former employer? Consider speaking with an attorney today to learn your rights. Josh Borsellino is a Texas attorney who understands the rules and regulations concerning the FLSA and the NMMWA. He fights for the rights of workers to recover their unpaid overtime and other remedies for retaliatory discharge. Call him today at 817.908.9861 or 432.242.7118.