Answering Your Questions About Overtime in Wyoming

Wyoming does not have its own overtime statute.  However, workers in Wyoming are still covered when it comes to overtime pay under the Fair Labor Standards Act, or FLSA, which is the federal overtime law. Under the FLSA, most employees in Wyoming are entitled to overtime pay at a rate of one-and-a-half times their regular rate of pay for every hour worked above forty in a week. 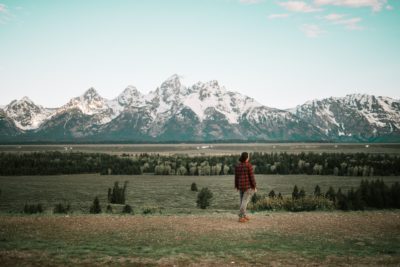 There are certain exemptions under the FLSA, which apply to workers with specific job duties or that work in particular industries. The FLSA provides that in addition to overtime pay, workers suing under the statute for unpaid overtime may be entitled to liquidated damages in an equal amount. Attorney’s fees may also be awarded to the worker if the worker is successful on the overtime pay claim.

Claims for unpaid overtime under the FLSA may be brought as a collective action, in which a plaintiff could sue on behalf of other workers who were paid in the same manner and likewise denied overtime pay, and these other workers can be notified of the lawsuit and their right to join it if the Court authorizes notice to the class of workers.

Under the FLSA, the statute of limitations is two years, although a worker can go back an additional third year if the worker can show that the employer’s violation of the FLSA was willful. Thus, it is imperative that any worker who has been denied overtime pay in Wyoming move quickly to assert their legal rights or else they could lose their claim.

According to most estimates, the oil industry employs more than 5,000 people each year in Wyoming. The oil industry is rife with overtime violations. Oil and gas companies often create pay schemes which may illegally deny workers overtime pay. Some common pay schemes that may constitute overtime violations include day rates, straight time and salaries. If you have worked in Wyoming within the past two years and not been paid time and a half for every hour you worked over forty in a week, you should speak with an experienced overtime attorney as quickly as possible to understand your legal rights.

About the Author: Josh Borsellino is an attorney licensed in Texas. He regularly represents employees suing for unpaid overtime. In addition to being licensed to practice in Texas, Josh is also admitted to practice in the federal district court in New Mexico. Many of his cases involve those in the oil and gas industry seeking their overtime pay under state and federal statutes. For a free consultation, call Josh at 817.908.9861 or 432.242.7118 or email him by clicking this link.

This article is written for informational purposes only and not for the purpose of providing legal advice. Use and access to this article or any other link on this site does not create an attorney-client relationship.