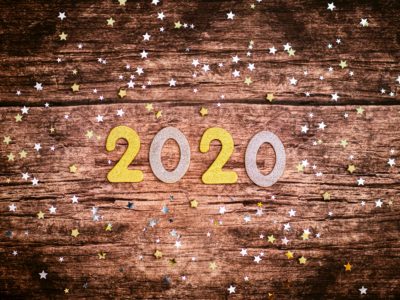 With the start of the new year, there are some good things on the horizon for the oil and gas industry but some of the same problems continue to plague the industry. Based on an article recently written by Forbes (see article here), the oil and gas industry is expected to become quite profitable in 2020. Specifically, the number of rig counts expected to be installed in 2020 will continue to be installed at a fast rate. This is a significant difference from the mid-to-end of 2019 where there was a steady fall in the number of rig counts. However, the oil and gas industry will continue to experience bankruptcies involving small to mid-size producers, due to the failure of these companies to capitalize the markets. On a brighter note, these bankruptcies will also result to an increase of mergers and acquisitions. With the number of rig counts stabilizing, smaller producers will merge with other small or big producers to create a more profitable picture. For example, in December of 2019, WPX Energy announced that it purchased Felix Energy, a large operator in Delaware’s Basin Region of the Greater Permian Basin for $2.5 billion.

Shale production will continue to rise given that producers continue to evolve and merge with other integrated companies. Moreover, U.S. exports of both oil and gas will continue to rise. As reported from Forbes last year (see article here), the U.S. Energy Information Agency (“EIA”) estimated that the U.S. became the net exporter of oil for the first time in 70 years, meaning that  the U.S. exported more petroleum products that it imported in September and October of 2019. This is significant because America consumes over 20% of the globe’s 99 million barrels per day of daily crude production. The U.S. leads the world in the production of petroleum products, including crude oil, petroleum liquids and biofuels with 17.9 million barrels per day, or 18% of the petroleum market. This shale-fueled production rise, with the Permian Basin of Western Texas leading the charge, has allowed the U.S. to reach the once unimaginable “net exporter” status. As Gulf Coast port facilities continue to rise, the U.S. will continue to see an increase in production and export capabilities.

With the positive growth expected to occur in 2020, it is important that oilfield companies still abide by federal law. Specifically, with the amount of rigs continuing to increase, more oilfield workers will be tasked with working longer hours. If a worker works longer than 40 hours per week, he or she is generally required to be paid overtime at a rate of time and a half for all hours worked over 40. If you are an oilfield worker who has worked over 40 hours per week and has not been paid overtime, consider speaking with a FLSA attorney today. Josh Borsellino is a FLSA attorney that understands how unpaid overtime works. He offers free consultations and can be reached at 817.908.9861 or 432.242.7118.