The basics of FLSA settlements 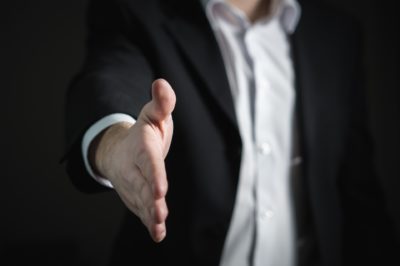 Under the Fair Labor Standards Act (“FLSA”), employers are required to pay their employees at a rate of time and a half the regular rate of pay for all hours worked over forty. Overtime is especially important in the oilfield industry because workers often work longer than the average workweek of forty hours and are many times not properly paid overtime for all these hours. The FLSA permits employees to bring an action individually or on behalf of all those who are similarly situated. Often times, disputes involving many employees result in a settlement. The purpose of settlement is to “protect certain groups of the population from substandard wages and excessive hours . . . due to the unequal bargaining power as between employer and employee.” Brooklyn Sav. Bank v. O’Neil, 324 U.S. 697, 706 (1945).

Whether an FLSA settlement must be approved by courts is in flux. In years past, parties sought approval for virtually every FLSA settlement. Several years ago, federal courts began to relax the requirement that settlements had to be approved by a federal court. See, e.g., Martin v. Spring Break’83 Productions, LLC, 688 F. 3d 247 (5th Cir. Jul. 24, 2012). But some parties still seek court approval. To approve the settlement agreement, the Court must find that (1) the litigation involves a bona fide dispute, (2) the proposed settlement is fair and reasonable, and (3) the proposed settlement contains a reasonable award of attorney’s fees. Lynn’s Food Stores, Inc. v. United States, 679 F.2d 1350, 1353 (11th Cir. 1982).

Here, courts look at the following factors to see if the settlement was fair and reasonable: (1) whether the parties fairly and honestly negotiated the settlement; (2) whether serious questions of law and fact exist which place the ultimate outcome of the litigation in doubt; (3) whether the value of an immediate recovery outweighs the mere possibility of future relief after protracted litigation; and (4) the judgment of the parties that the settlement is fair and reasonable.

When a settlement is being negotiated on behalf of a class, courts generally require that opt-in plaintiffs be given notice of any settlement and an opportunity to object to the settlement. Once the court determines that the conditional certification of a FLSA collective action is met, the Court will authorize the plaintiff to send out proper notice, which includes an opt-in consent form to allow putative class members to join.

With respect to attorney’s fees that will be paid out during the settlement, Courts consider many factors, including: “(1) the time and labor required; (2) the novelty and difficulty of the questions; (3) the skill requisite to perform the legal service properly; (4) the preclusion of employment by the attorney due to acceptance of the case; (5) the customary fee; (6) whether the fee is fixed or contingent; (7) time limitations imposed by client or the circumstances; (8) the amount involved and the results obtained; (9) the experience, reputation and ability of the attorneys; (10) the undesirability of the case; (11) the nature and length of the professional relationship with the client; and (12) awards in similar cases.” Whittington, 2013 WL 6022972, at *5 (citing Johnson v. Georgia Highway Exp., Inc., 488 F.2d 714, 719 (5th Cir. 1974)).

Are you an oilfield worker who has been denied overtime pay? If so, consider speaking with an attorney to learn if you have a viable claim. Josh Borsellino is a Texas attorney that will fight for your rights individually or on behalf of a class. He offers free consultations and works on a contingency fee basis meaning that he does not get paid unless you get paid. Call him today at 817.908.9861 or 432.242.7118.