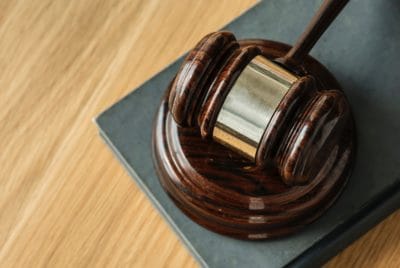 Under the first-to-file rule, when related cases are pending before two federal courts, the court in which the case was last filed may refuse to hear it if the issues raised by the two cases substantially overlap. Cadle Co. v. Whataburger of Alice, Inc., 174 F.3d 599, 603 (5th Cir. 1999). The rule is intended to avoid the waste of duplication, avoid rulings which may encroach upon the authority of sister courts, and avoid piecemeal resolution of issues that call for a uniform result. Id. The rule is not intended to mean that the cases have to be identical; the inquiry is one of “substantial overlap.” Save Power, Ltd. v. Syntek Finance Corp., 121 F.3d 947, 950 (5th Cir. 1997). The general rule is that the court in which an action is first filed is the appropriate court to determine whether subsequently filed cases involving substantially similar issues should proceed, be consolidated, or administered otherwise. Id.

Illustrative of the first-to-file rule is Huffman, et al., v. Maxx Oilfielder Services, LLC, Civil Action No. 15-cv-2471, (W.D. LA, Sept. 28, 2016). There, two Texas employees of the Defendant filed a FLSA suit in the Southern District of Texas that asserted claims for unpaid overtime wages. The two Plaintiffs were Test Operators/Field Service Workers who described their duties as maintaining and servicing oil and gas production facilities, and overseeing the testing and monitoring of wells, pumps, storage facilities, and other pressure control equipment. Id. The Plaintiffs alleged that they were paid a salary plus a day-rate, but under the FLSA, they were entitled to overtime pay for hours worked over 40 in a week. The Defendant claimed that the Plaintiffs were exempt from the FLSA under the Motor Carrier exemption, which generally exempts workers who operate vehicles weighing more than 10,000 pounds. The Texas employees sought certification of their case as a collective action on behalf of similarly situated employees and such notice was sent to “torgue and test crew members.” Id.

The Defendants alleged that when they were tasked to provide the names of the similarly situated class, the Defendant HR Director included all the appropriate names and addresses of such individuals along with a more expansive list of employees, including every current and former employee who worked in the torque and test, mixing plant, and/or wire lubrication service line. Id. Among those employees were four individuals who later filed suit for unpaid overtime in the Western District of Louisiana. The Louisiana Plaintiffs alleged that they worked 13-14 hours a day for five to seven days a week, and they were paid a salary plus an additional day rate per job. They claimed that the FLSA entitled them to recover their unpaid overtime because of hours worked over 40.

In the Louisiana lawsuit, the Defendant argued that the subject matter of both suits were the same in that they both sought unpaid overtime wages for a period of three years and the employees all hold or did hold the same job title. In deciding first-to-file cases, courts look at the core issues, keeping in mind that they do not have to be identical. The Louisiana Plaintiffs insist that they did not even qualify as collective members of the Texas suit because they were not torque and test crew members. Defendant did, however, treat them as such, and notice of the Texas suit was sent to the Louisiana Plaintiffs to allow them to join it. Huffman, No. 15-cv-2471. This court held that the best exercise of the court’s discretion was to transfer the Louisiana case to the Southern District of Texas and allow that court to assess whether the Louisiana Plaintiffs should be made a part of that case or be tried separately.

Are you an oilfield worker who has worked long, hard hours and is seeking unpaid overtime? If so, you may have a claim to recover your rightful compensation. Josh Borsellino is a licensed Texas attorney that files suit on behalf of oilfield workers seeking just compensation. He works on a contingency basis so he does not get paid unless you get paid. He can be reached at 817.908.9861 or 432.242.7118.  Call Josh for a free consultation of your overtime claim.