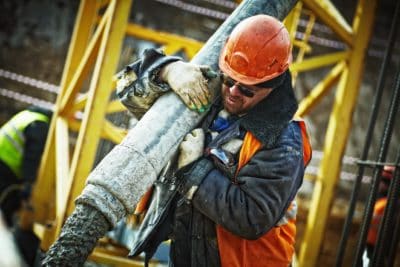 More and more, oilfield companies are classifying their workers as independent contractors, either directly or through consulting firms.  They do so in order to avoid paying overtime, benefits and various state and federal taxes.  However, misclassification of workers is a common problem in the oil and gas industry, so it is important that workers ask the right questions (and get the right answers) to know whether they may be owed overtime pay.  If you have worked in the oil and gas sector in the past three years and have been classified as an independent contractor, here are three things you need to know.

Whether a worker is truly an independent contractor (which would not be due overtime) or is actually an employee (who may be entitled to overtime) is a legal question to be decided by a judge or jury.  When assessing this issue, courts in the Fifth Circuit apply an “economic realities” test – analyzing whether “as a matter of economic reality, the worker is economically dependent upon the alleged employer or is instead in business for himself.” Pierce v. Apache Corporation, Civil Action No. H-18-1803 (S.D. Tex. January 28, 2019). The U.S. Supreme Court has established criteria that makes one an independent contractor, and of those requirements, the most important are the degree of control and investment the worker has. United States v. Silk, 331 U.S. 704, 716 (1947). Independent contractors have the ability to control their own work.  Specifically speaking, independent contractors have their own business and have the ability to set their own schedules, hire and fire who they want, and use their own equipment to perform their job. Employees don’t usually invest in supplies and equipment to perform their daily tasks so failure to do so would give way to one being an employee. Control is the hallmark of being an independent contractor because of the freedom that you have compared to an employee who is tied to someone else’s schedule, does not have control over their day and is supplied the tools to do their job. Pilgrim Equipment, supra, Usery v. Pilgrim Equipment Co., Inc., 527 F.2d 1308, 1311 (5th Cir. 1976).  Are you told where to go, what to do, how to do the job, when to do a job, with little control over your day-to-day activities?  If so, you are more likely to be found to be an employee rather than an independent contractor, and thus you may be entitled to overtime pay.

Our firm frequently files suit against oil and gas companies on behalf of workers who have been misclassified as independent contractors and denied overtime pay. In Pierce v. Apache Corporation, Civil Action No. H-18-1803 (S.D. Tex. January 28, 2019), Apache, a global oil and gas exploration and production company, paid its workers a day rate and improperly classified them as independent contractors. Plaintiffs filed a lawsuit against Apache alleging that it misclassified him and other Safety Consultants as independent contractors and failed to pay them wages and overtime compensation as is required under the FLSA. The Plaintiffs said that they had little or no financial investment in working for Apache beyond work clothes, transportation to and from work, and personal electronics equipment such as laptops and cell phones. Plaintiffs also presented evidence that they were not allowed to work for any company other than Apache, that they had no ability to negotiate the amount or method of compensation for their work, and there was no ability to earn a profit or suffer a loss. Apache, No. H-18-1803. This case was before the court on the Plaintiffs Motion for Conditional Certification of similarity situated safety consultants. As such, they were misclassified and denied their rightful overtime payments.

Under the FLSA, courts apply a two-year deadline of recovery for your wages; however, if the court finds that the defendant “willfully” violated the statute, the court will apply a three year statute of limitations. “Willfully” means that the employee will be able to show that the employer knew of the FLSA and failed to abide by it or acted with reckless disregard for the act. If an oilfield worker complains to his or her employer and those complaints are ignored, the court will say that the employer acted willfully, thus applying a three year time period. For example, in Brennan, the Defendant testified that “he knew of the existence of the FLSA” in regards to its oilfield workers. Brennan v. Heard, 491 F. 2d 1 (5th Cir. 1974). The Court found that based on the Defendant’s unwillingness to make further inquiries into their understanding of the act is the exact ignorance that found the Defendants willfully violating the FLSA, thus imposing a three year time period. Id.

If you are or were classified as an independent contractor by an oil and gas producer or oilfield service company in the past three years, consider speaking with an experienced overtime attorney today. Josh Borsellino is a licensed Texas attorney that handles unpaid overtime cases. Borsellino, P.C. has recovered unpaid overtime on behalf of more than 100 oilfield workers that were misclassified as independent contractors.  He offers free consultations and can be reached at 817.908.9861 or 432.242.7118. Call him today and let him work to recover your overtime pay!