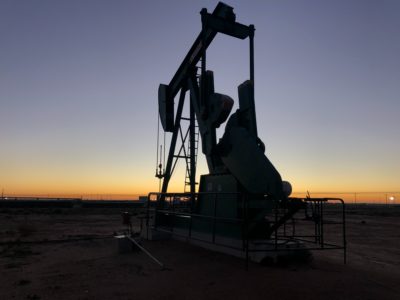 Sanchez Oil and Gas Corporation, Emergency Site Protection LLC (“ESP”), and Gryphon Oilfield Solutions, LLC have been sued in federal court in San Antonio for violations of the Fair Labor Standards Act. The suit alleges that Plaintiffs were misclassified as independent contractors and denied overtime pay, despite the fact that they worked full time for Defendants and every aspect of their jobs were controlled and dictated by Defendants.

Sanchez is an oil and gas company with operations in Texas and across the U.S. Gryphon and ESP hired and outsourced security guards to one of their clients, Sanchez. Sanchez has contracted with Gryphon and ESP for security guards, requiring Plaintiffs to patrol job sites by searching for people and vehicles coming in and going out of the job site. Plaintiffs allege that they typically worked at least 12 hours a day but were paid on an hourly basis for all hours worked, even the hours worked over forty. Under federal law, employers are required to pay their employees at a rate of time and a half for all hours worked above forty.

In the lawsuit, Plaintiffs allege that their entire schedule, including hours, wages, and job locations, were controlled by Defendants. Plaintiffs were not given any opportunity to negotiate their pay; rather, the rates they received were dictated by Defendants. Defendants further controlled all aspects of Plaintiffs’ job activities including providing equipment and tools at job sites. If Plaintiffs did have to buy materials in order to complete a job, they were reimbursed for these expenses. Plaintiffs did not share in the profits and losses of the business nor make large capital investments in buildings, machines, equipment, and tools. As such, according to the Plaintiffs, they were economically dependent on Defendants during their time of employment.

You may have a claim for unpaid overtime if you are working or have worked as a security guard for Sanchez Oil and Gas, ESP and/or Gryphon Oilfield Solutions in the past three years and were:

You should consider speaking with an experienced overtime attorney if you feel you have been misclassified as an independent contractor and denied overtime pay. Josh Borsellino is an experienced attorney that will fight to recover your unpaid overtime. He offers free consultations and can be reached at 817.908.9861 or 432.242.7118.